According to Coresight Research, it pulled in an estimated $10 billion in revenue in 2020.

This represents a 250% year-on-year increase in revenue. Meanwhile, online rivals Asos’ and Boohoo’s revenues reached $4.4 billion and $2.4 billion respectively in 2020.

So why has it been so successful?

“It has changed the way that fashion is produced,” Erin Schmidt, senior analyst at Coresight Research, said in a recent telephone conversation with Insider.

This means new products are created in small batches (around 100 items) and production is only ramped up depending on their popularity.

There is less clothing waste because the company doesn’t create large quantities of products that customers don’t want.

It uses algorithms and data science to identify new trends. According to Coresight, it adds an average of 2,800 new styles to its website each week.

This speedy approach is possible because of its unique supply-chain setup.

Xu created a close relationship with his suppliers from the start, according to Schmidt, by doing something that can sometimes seem radical in this part of the world – paying them on time.

In return, factories are required to use Shein’s supply-chain management software, which allows the company to closely monitor the manufacturing process and share real-time customer search data with suppliers to guide design and production.

According to Bloomberg, manufacturers must be located no more than a five-hour drive from its sourcing hub in Guangzhou.

They must also be able to complete the design and production process in as little as 10 days.

This is substantially faster than its competitors, especially legacy brick-and-mortar rivals such as Zara that typically have a five-week turnaround time.

Prices start from under $1 for accessories and you can easily snap up a dress or sweater for under $10.

This has helped to create a subculture of internet shoppers, who are often teens, who post Shein “haul” videos on TikTok and Instagram.

Such videos are widely shared on social media and illustrate how many items you can buy for $100, for example. This is free marketing for the brand and a key reason why it’s become so successful on social media.

It has 21.4 million followers on Instagram and 2.4 million on TikTok.

Its algorithm-driven design process has also led to some major mishaps in the past.

This year, it caused controversy for selling a necklace with a swastika charm, which it later said was meant to represent a Buddhist symbol, rather than a Nazi swastika.

It was also called out for listing Muslim prayer mats on its site, which were advertised as “decorative rugs.” Shein apologised via a statement posted on Instagram. It also removed the prayer mat items from its site. 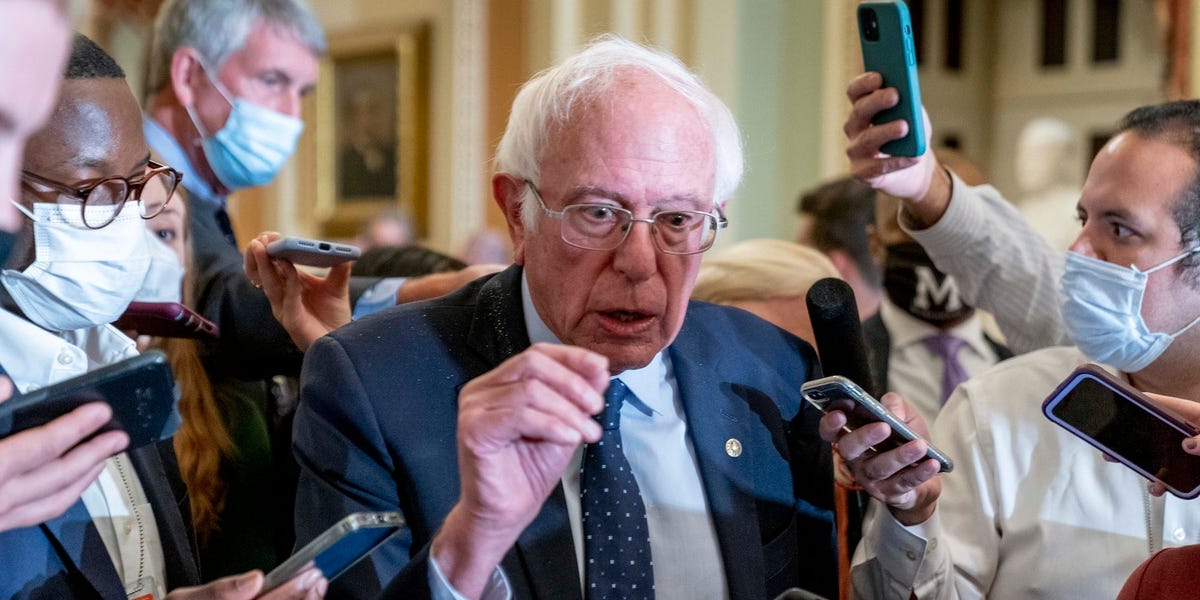 Sen. Bernie Sanders said expansions to medicare are ‘not coming out’ of spending bill, contradicting Biden
2 mins ago