ORLANDO, Fla. — A pair of influential House Republicans used a conservative political gathering on Saturday to lavish praise on former President Donald J. Trump and, in ways subtle and direct, marginalize their G.O.P. colleagues who have distanced themselves from Mr. Trump in the aftermath of the Capitol riot last month.

House Minority Leader Kevin McCarthy, who faulted the former president for his role in the attack and at one point considered asking him to resign, credited Mr. Trump at the annual Conservative Political Action Conference with helping Republicans with their surprise gains in the House last year.

“You know why we won that?” Mr. McCarthy asked of the 14 seats the G.O.P. claimed in 2020. “President Trump worked on all these races.” He also recalled how Mr. Trump, even when in quarantine after his coronavirus diagnosis, would do “rallies over the phone for each district.”

The top House Republican sat onstage alongside Representative Jim Banks of Indiana, an emerging conservative leader who answered a question aimed at minimizing the party’s internal fractures by drawing attention to them.

Mr. Banks highlighted Mr. McCarthy’s popularity before pointedly noting that “the least popular” congressional Republicans “are the ones who want to erase Donald Trump and Donald Trump supporters from our party.”

Neither lawmaker mentioned Representative Liz Cheney, the third-ranking House Republican. But their unprompted rhetorical embrace of the former president illustrated how little appetite there is among Ms. Cheney’s colleagues for cutting ties with Mr. Trump, as she has urged.

In fact, Mr. McCarthy’s joint appearance with Mr. Banks was something of a brushback pitch at Ms. Cheney, who earlier in the week restated her hope that Republicans would move on from Mr. Trump just moments after Mr. McCarthy had said the former president should attend this conference.

The Indiana Republican, who heads the conservative Republican Study Group, has sought to take a more prominent role in the caucus following Ms. Cheney’s break with Mr. Trump. On Saturday, Mr. McCarthy hailed Mr. Banks as “an amazing individual” shortly before he assailed the anti-Trump Republicans in their ranks.

In the weeks since he criticized Mr. Trump over the deadly Jan. 6 attack, Mr. McCarthy has scrambled to patch up his relationship with the former president, visiting him at his home in Florida and welcoming him to play a continued role in the party.

Mr. Trump has also been irritated at Mr. McCarthy, as first reported by Politico, for helping Ms. Cheney beat back an effort by the former president’s loyalists to depose her from her position in the House leadership.

For all the ongoing intraparty drama, however, Mr. McCarty projected confidence that Republicans would reclaim the House majority next year, stating, “I would bet my house” on such an outcome.

After much of the first day of the conference was devoted to slamming big tech companies and “cancel culture,” the House G.O.P. leader and a bevy of his colleagues used the Saturday session to sketch out their opposition to the $1.9 trillion Covid relief bill House Democrats passed on a party-line vote overnight.

They sought to link the rising conservative anger toward social media giants with the aid measure.

“She put a tunnel in Silicon Valley that has nothing to do with Covid into the bill,” Mr. McCarthy said of House Speaker Nancy Pelosi, alluding to funds in the proposal to extend a subway in San Jose, Calif.

One day after speeches by a series of senators thought to be eyeing 2024 presidential runs, and the day before Mr. Trump’s address, two more potential candidates were warmly received by the conservative crowd: former Secretary of State Mike Pompeo and Gov. Kristi Noem of South Dakota.

Mr. Pompeo assailed President Biden and recalled what he said were the foreign policy successes of the Trump administration.

“So how many of you remember Qasem Soleimani?” Mr. Pompeo said of the Iranian leader killed by American forces on Mr. Trump’s orders. “Allah rest his soul.”

Drawing more attention, and applause, was Ms. Noem. Before she spoke, dozens of CPAC attendees, many of them young Republicans, waited in line to get her autograph.

Ms. Noem has developed a national conservative following for her frequent appearances on Fox News and her refusal to take steps to curb the spread of the coronavirus in South Dakota, even as the state has experienced some of the highest rates of death in the country from the virus.

However, nearly a year into the outbreak, and after months of business and school shutdowns, many conservative activists are eager to return to pre-Covid life.

The governor drew some of the loudest applause of any speaker at the conference when she belittled Anthony S. Fauci, the nation’s top infectious-disease expert and a figure many on the right consider overly alarmist.

“I don’t know if you agree with me, but Dr. Fauci is wrong a lot,” said Ms. Noem, bringing hundreds of attendees to their feet. 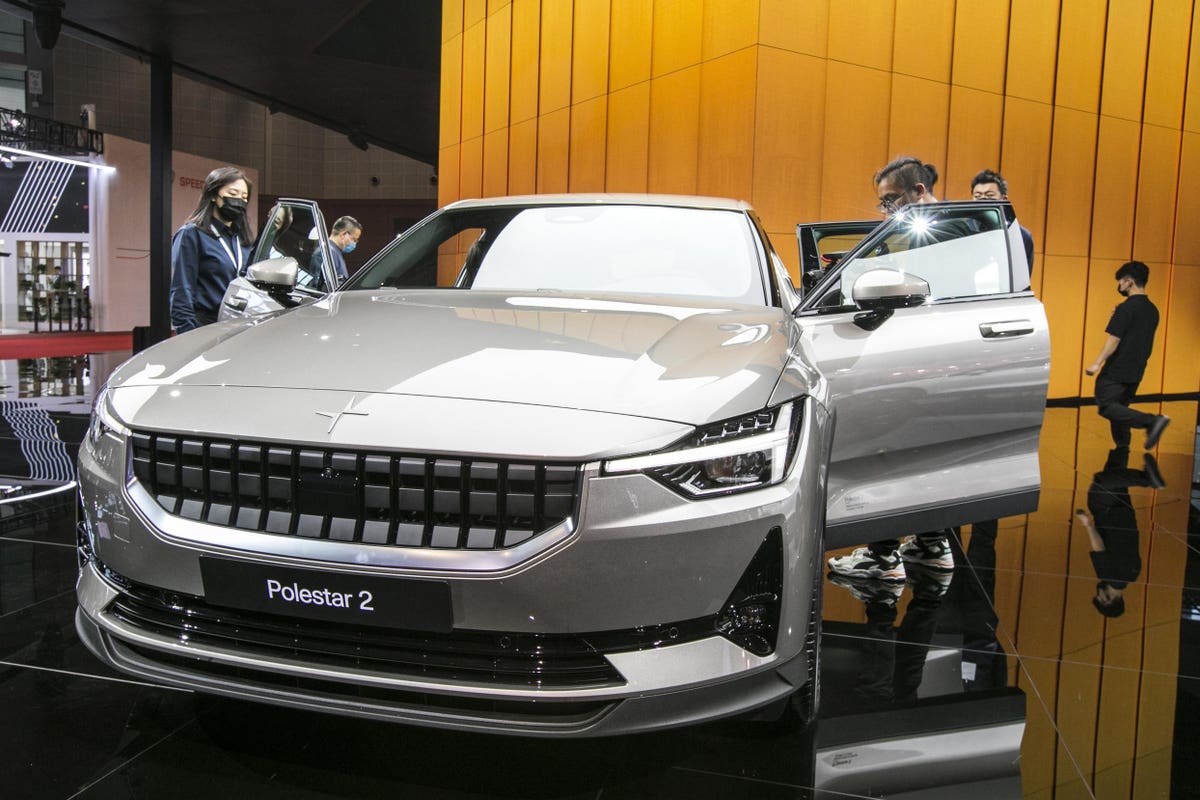 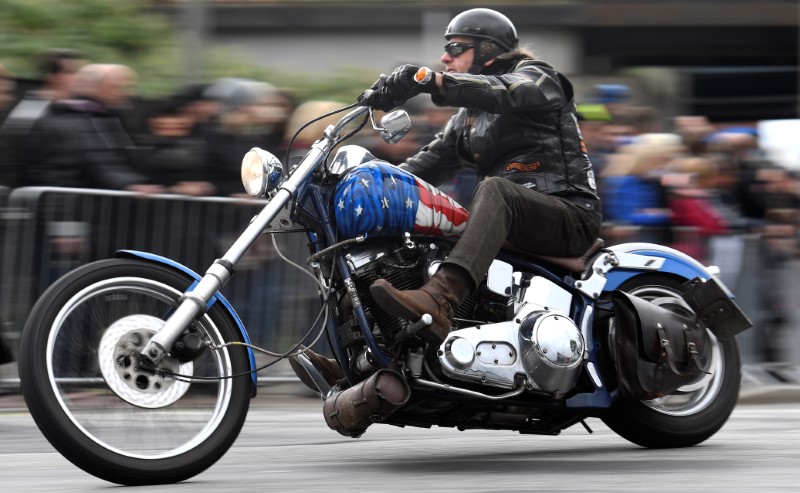 Harley-Davidson Jumps as We Hit the Road Again By Investing.com
5 mins ago

Harley-Davidson Jumps as We Hit the Road Again By Investing.com 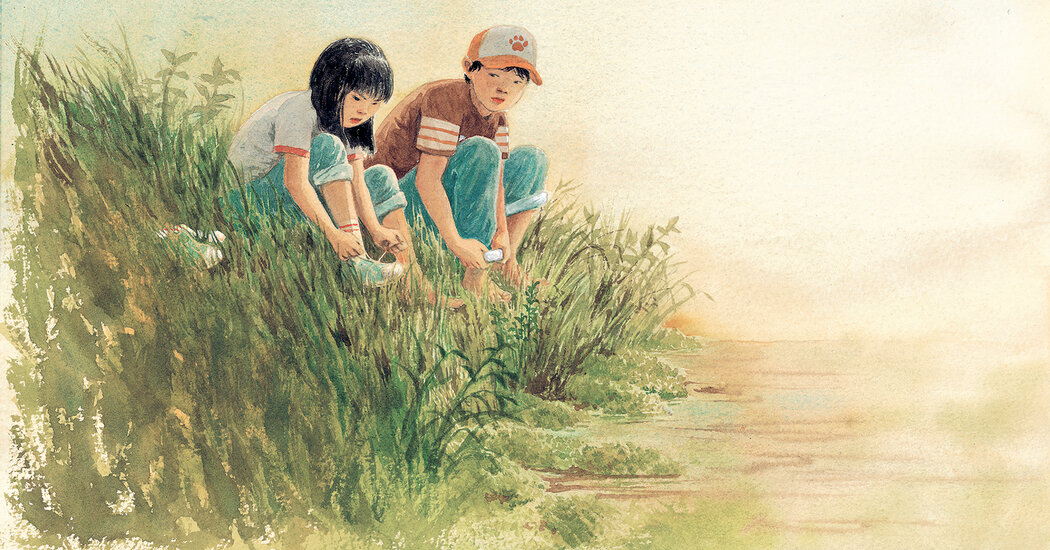 Nature and Nurture: 8 Picture Books for Earth Day
10 mins ago